Influenza is a rapidly mutating RNA virus responsible for annual epidemics causing substantial morbidity, mortality, and economic loss. Characterizing influenza virus mutational diversity and evolutionary processes within and between human hosts can provide tools to help track and understand transmission events. In this study we investigated possible differences between the intrahost genomic content of influenza virus in upper respiratory swabs and exhaled aerosols thought to be enriched for virus from the lower respiratory tract. We examined the sequences of specimens collected from influenza A virus (IAV) infected college community members from December 2012 through May 2013. We analyzed four types of IAV samples (fine ≤5 µm aerosols (N=38), coarse >5µm aerosols (N=27), nasopharyngeal (N=53), and oropharyngeal swabs (N=47)) collected from 42 study participants with 60 sampling instances. Eighteen (42.9%) participants had data from four sample types (nasopharyngeal swab, oropharyngeal swab, coarse aerosol, fine aerosol) included in the analysis, 10 (23.8%) had data from 3 sample types, 10 (23.8%) had data from 2 sample types, and 4 (9.5%) had data from one type of sample included in the analysis. We found that 481 (53.3%) consensus single nucleotide polymorphisms are shared by all sample types and 600 (66.5%) are shared by at least three different sample types. We observed that within a single patient consensus and non-consensus single nucleotide variants are shared across all sample types. Finally, we inferred a phylogenetic tree using consensus sequences and found that samples derived from a single patient are monophyletic. Single nucleotide polymorphisms did not differentiate between samples with varying origin along the respiratory tree. We found that signatures of variation in non-consensus intrahost single nucleotide variants are host and sample, but not site specific. We conclude that the genomic information available does not allow us to discern a transmission route. Future investigation into whether any site-specific mutational signatures emerge over a longer period of infection, for example in immunocompromised hosts, can be interesting from the virus evolution perspective. 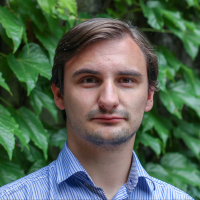 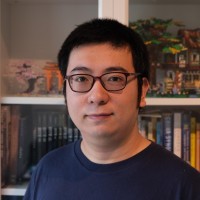 Next
Infectious SARS-CoV-2 in exhaled aerosols and efficacy of masks during early mild infection
Previous
It takes guts to learn: machine learning techniques for disease detection from the gut microbiome